Too often we whinge and whine about problems in the legal system. Let me share two stories where the legal system did what it was supposed to.
The first: a customer of mine wasn’t paying for work that obviously had been done -- a joint marketing program of Google adwords which were visible in the Google analytics console, a class I taught and some other hard-to-deny activities. There were all sorts of excuses and promises to pay by a certain date that would come and then go without anything happening. Months went by.
I’ve run IFOST for just under 20 years and I’ve tried to avoid court at all costs, even when I’ve been in the right and could have done so. It’s better to live at peace, forgive and forget and so on.
I don’t know why I finally flipped and decided that enough was enough. I threatened legal action, and didn’t get a sensible response. So I went to lawlink and created an account. Actually, I had to create three accounts: the first one was in the name “Greg Baker” but my passport, driver’s license and Medicare card all say “Gregory Baker” so I couldn’t validate my identity. The second I choose the wrong category of company, but I got it right the third time. About an hour wasted from some bad UI design on lawlink, but I’ve done it now.
Then I walked through an online form for a statement of claim. It was less than $10,000 so I was able to file in small claims court. It was straightforward enough to do so, but I wish there had been a better UI for calculating what the incurred interest expense was. You have to go to another page to get the annual interest rates for each year, turn that into a monthly interest rate by hand, apply those interest rates (e.g. in a spreadsheet) and then add up it all up. It could have been easier.
The filing fee was just under $200 and I received all the paperwork by email. I then forwarded the most official looking PDF to my contacts and said “you are going to have to answer this case, including paying the filing fees and interest.” I had an apology that afternoon from the most senior management at my client. I posted the statement of claim, signed a stat dec that I had done so. The day that their legal team was served with it, stuff happened and I was paid.
It was such a positive experience. The rule of law was respected, it wasn’t difficult or expensive or time consuming for me to make the case and the matter was resolved far faster than if I’d tried to keep chasing up the debt the way I normally do.
The second story: I was talking to my lawyer about the experience (she wasn’t involved in the case at all, I just thought I would let her know afterwards) and noticed that she’d written a piece about changes to contract law in Australia.
Here’s the article: https://www.linkedin.com/pulse/unfair-contract-term-provisions-extended-small-business-turner
I am not a lawyer but as a small business owner dealing with multinationals all the time, all I can say is: wow. I have stacks of absurd contracts that I’ve had to sign to win business that have exposed me to a lot of risk. I’ve just relied on the good nature of my customers most of the time, and been burned occasionally. Or, sometimes, I’ve just walked away from good productive work that would benefit everyone simply because I couldn’t afford this risk.
But now I have some sort of protection: I can (and will) point out clauses that a court would disallow and leave it up to the customer to decide whether they want to keep the pointless clause in place.
In Australia, where the vast majority of the economy consists of small businesses, there really was no reason that our legal system should have allowed lopsided contracts, ever. This one small change to contract law will have a ripple effect through the Australian economy. I look forward to seeing how this plays out.

Chatbots that get smarter at #AtlassianSummit

I’m in Barcelona at the moment, at AtlasCamp giving a talk about helpdesk chatbots that get smarter. 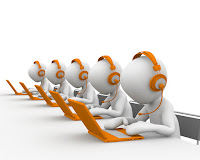