Really proud of my students -- data science for cats

﻿Ngaire had the opportunity to put a cat picture into a data science project legitimately, which could be a worthy blog post in itself. She did an analysis on how well animal shelters (e.g. the council pound) are able to place animals. 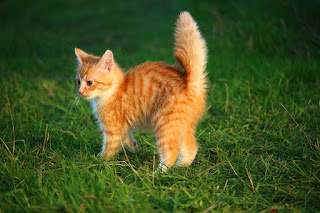 She had two data sources. The first was Holroyd council’s annual report (showing that the pound there euthanised 59% of animals they received), but of course any animal that had been microchipped would have been otherwise handled, so the overall percentage is much lower than this in reality. Still, Australia is far behind the USA (based on her second data source, which was a Kaggle-supplied dataset of ~25,000 outcomes).

She put together a decision tree regressor which correctly predicted what would happen to an animal in a shelter around 80% of the time. She also had a logistic regression model with a similar success rate.

The key factors which determined the fate of a lost kitten or puppy were a little surprising. Desexed animals do better in the USA. The very young (a few weeks) do have very good outcomes -- they are very likely to be adopted or transferred. Black fur was a bad sign, although the messiness of the data meant that she couldn’t explore colours all that much further: at a guess, she suggested that being hard to photograph is a problem, so perhaps there is a cut-off level of darkness where there will be a sudden drop in survival rates.

Where else could this kind of analysis be applied? She could take her model and apply it when you want to know an outcome in advance. Questions might include:
How will a trial subscription work out for a potential customer?
What are going to happen to our stock? Will the goods be sold, used, sent to another store…?

Ngaire is open to job opportunities, particularly if you are looking for a data scientist with a very broad range of other career experience in the arts; I can put you in touch if you are interested.